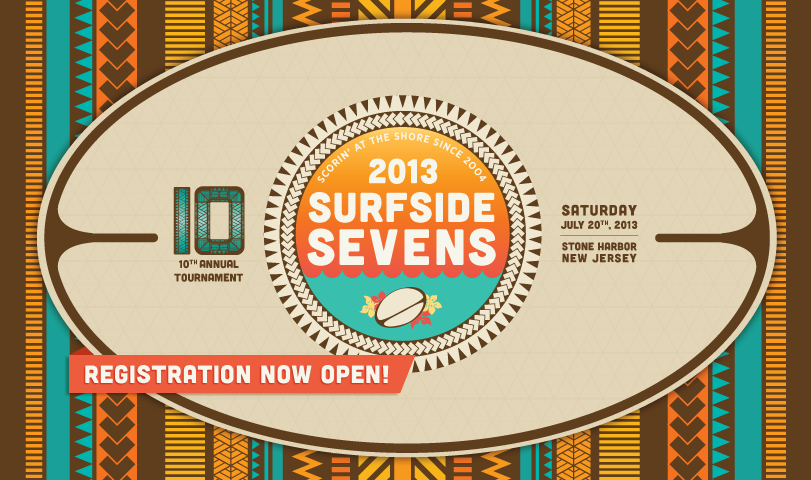 The date has been set for July 20, 2013 in Stone Harbor, NJ. Between 70 and 80 teams are expected to compete this year including Men's, Women's and Youth. Surfside Sevens is held in July every summer. Each team is guaranteed 3 matches and lots of sun and sand. Surfside Sevens has been "scoring at the shore since 2004." The event was concieved by Stephen and Amy Siano.